Simon Amor has named an experienced Team England squad for the 2018 Commonwealth Games, taking place on the Gold Coast this month (13-15 April).

The team includes seven members of Team GB who picked up silver medals at the Rio 2016 Olympics and six players who competed at Glasgow 2014 with two of those also representing Team England at Delhi 2010.

Tom Mitchell will captain the side and will be joined by fellow Olympians Dan Bibby, Phil Burgess, Ollie Lindsay-Hague, Ruaridh McConnochie, Dan Norton and James Rodwell.

World-record try scorer Dan Norton will make his third appearance in a Team England jersey alongside England Sevens’ most capped player James Rodwell, while Mike Ellery is one of four players who will play his second tournament for Team England.

Alex Davis, who was initially selected as part of the Rio 2016 Team GB squad but withdrew because of injury, will make his Commonwealth Games debut in Australia.

The 2017 England Sevens Player of the Year Richard de Carpentier is also included in the squad along Ethan Waddleton and Harry Glover. They’re joined by Charlie Hayter who will play the role of 13th man.

England are drawn in Pool B and will face Jamaica, Samoa and Australia on Saturday 14 April.

“We’ve been fortunate enough to have a six World Series tournaments in which to work the guys, and for them really to fight for these spots,” said Team England head coach Simon Amor.

“What’s been most pleasing has not only been our progress in terms of how we’re looking to play and change our style of game, but also to get to this point half way through the year with pretty much everyone fit to pick from barring Tom Bowen.

“This has been great for the selection but has created a real challenge for me as a coach to pick a final twelve.”

Tom Bowen was not available for selection due to a knee injury sustained on the Vancouver leg of the HSBC World Rugby Sevens Series.

Amor added: “This particular multisport event poses a unique challenge over the previous ones that both myself and the players have been involved in with it being right in the middle of the season, but we’re really excited about getting out there and being a part of Team England on the Gold Coast.

“We know how tough Samoa will be and Jamaica, on the back of the Hong Kong World Series qualifier, will have nothing to lose when we face them in our first game.

“Additionally, the opportunity to go to Australia, to play in a Commonwealth Games in a country that’s so passionate about sport, and to have them in our pool will be brilliant.

“They’ve been a really great side so far this season and we’ve managed to be successful in the two times that we have played them this year, and I think the opportunity to play them in front of their home fans there will be a great experience for everyone.” 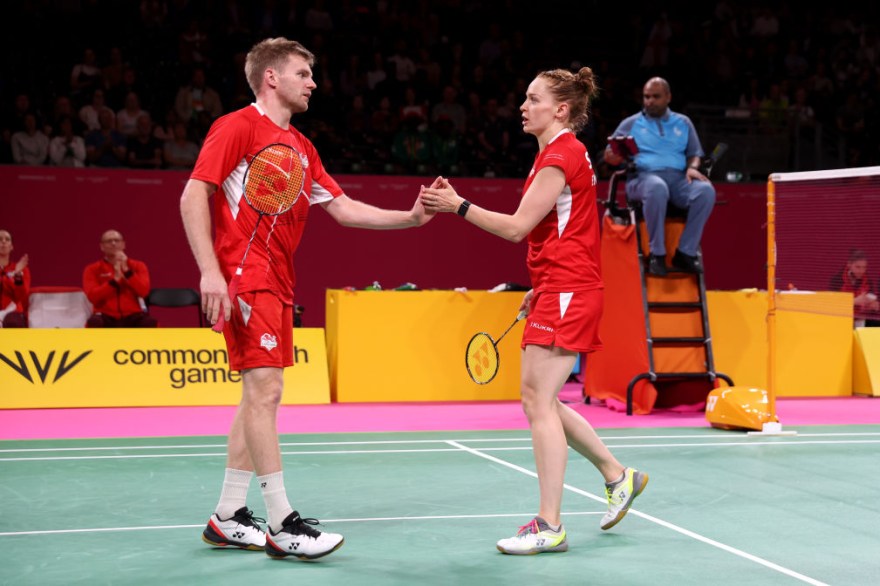