Defending British champion James Willstrop secured his fourth national title of his career beating Welshman Joel Makin in the final of the AJ Bell British National Squash Championships at the University of Nottingham.

Second seed Willstrop battled back from a 10-4 deficit in the first game to come out on top 12-10, before surrendering the second game 11-0 to the world number 11. However the 2018 Gold Coast gold medallist fought his way through two more gruelling games 12-10 and 14-12 to overcome the top seed and secure back to back national titles.

“He’s incredibly hard to break down. The bagel in the second sums it up. That’s how hard it is to win a rally. He goes for everything and once I got 6-nil behind it seemed impossible. I came back though and it’s great to be able to compete at that level and win. It’s special anytime to win the Nationals but especially against a field like this.”

Perry who secured her second career national title of her career and first since her debut victory in 2015, beat English compatriot Jasmine Hutton 11-9, 11-9, 11-9 in the women’s final.

The Gold Coast silver medallist recalled this fact after her victory, “I’m really pleased to win a second National title because I’ve been stuck on one for a little while.”

“Jasmine played fantastic. She came out with no signs of nerves and played some really fearless squash. She has improved so much in the past six, 12, 18 months.

“She is definitely pushing in that crop of young players trying to challenge the slightly older guard like myself. I am sure she will have many more finals. 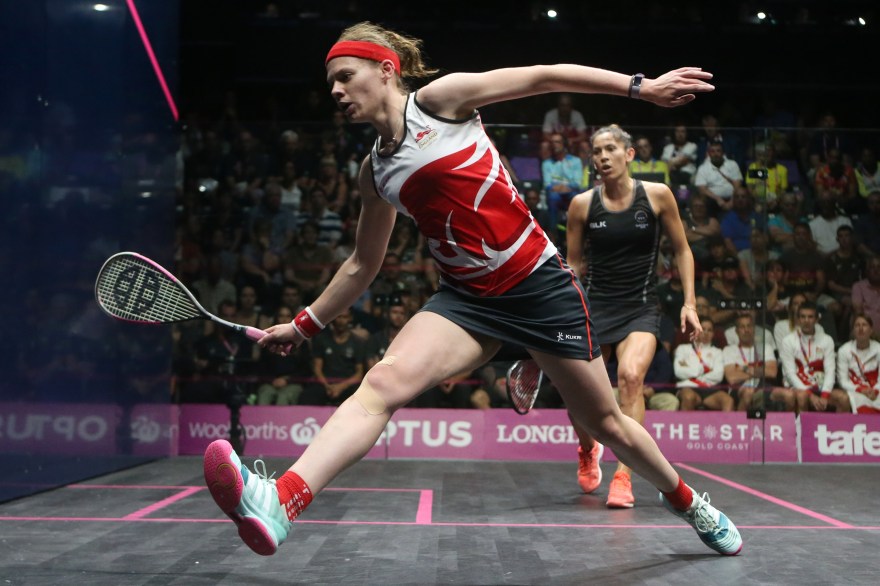