Born into a rugby fanatic family, Abi Burton might have always thought she was destined for big things in the world of sport.

Growing up in Yorkshire alongside two younger brothers who now both now play for Rugby League side Leeds Rhinos, and whose Dad was himself a former professional rugby player, Abi has followed in their footsteps as part of the current England Sevens squad.

Abi began her rugby career playing 15s for Hartpury-Gloucester while doing her studies, before being offered a professional contract on England’s sevens programme a year ago.

“I love being in this environment with these girls and with so many amazing athletes, and I haven’t looked back. Being able to travel the world doing what I love is a dream come true, said Burton.”

Abi is one of five young athletes who was selected to receive £10,000 worth of funding as part of Team England’s Sir John Hanson Young Talent scholarship.

The money will support the Abi in fulfilling her ambition of competing at the 2022 Commonwealth Games in Birmingham.

“I first came across the scholarship when my manager sent it around to a few of us in the squad, and when I first found out I got it I was absolutely ecstatic.

“Just to have that kind of support is absolutely massive for me, especially going into the 2022 Commonwealth Games, because that will be the first time, as an England squad, we’d get to play on home soil,” explained Burton.

“To be part of Team England is just amazing, because it’s so much more than me just being in Team England rugby team, and I just think it’s absolutely extraordinary that sport can bring us all together like that, and we can strive for the same goal of getting to Birmingham 2022, and it just brings that unity that Team England represents.

“What I work towards is to be on a podium in front of my family, and hopefully with the help of the Sir John Hanson Scholarship, and the help of my team, that’s what I will be doing at Birmingham 2022.” 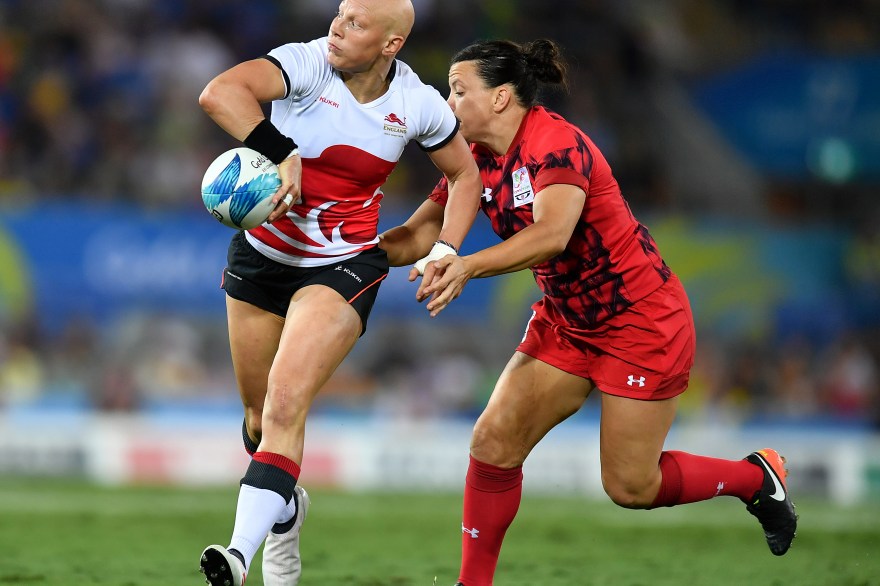