The line-up includes Paralympic and World champions Sophie Hahn and Kadeena Cox, who will be competing at their first Commonwealth Games in the T38 100m. Both starred at this summer’s World Para Athletics Championships in London; Hahn winning double gold in the T38 100m and 200m, while Cox sealed the T38 400m title along with winning two further medals.

Others who starred at those Championships this summer include Richard Chiassaro who won bronze in the T54 200m in London and will take on the 1500m distance on the Gold Coast. Nathan Maguire, finalist at the World Championships, will join Chiassaro over the 1500m while T12 100m sprinter Zac Shaw will compete in his first Commonwealth Games.

They will be joined by Katrina Hart and Jade Jones, who will be looking to add to their previous Commonwealth Games experiences on the Gold Coast. Jones won a bronze medal in Glasgow 2014, while Hart claimed the gold medal in the women's 100m T37 event in Delhi 2010.

“I am delighted to be called-up to the England team for the Commonwealth Games. I’ve been lucky enough to compete at Paralympic and World Para Athletics Championships so to get a chance to compete at these Games as well is very special and I can’t wait to race in the Gold Coast.”

“It is fantastic that the para programme has grown at the Commonwealth Games; seeing such inclusivity between able bodied and para athletes. We have a really strong team. After the success of the World Para Athletics Championships earlier this year, it is great to have the opportunity to compete on the big stage again and hopefully inspire new fans to the sport.”

“This is the largest para programme that the Commonwealth Games has ever delivered, and I am very pleased to be welcoming these athletes as part Team England. They will join the 75 athletes who were announced earlier this year, and will be our largest group of athletes from one sport.

“This para group is multi-talented and very strong, and I would particularly like to point out Jade Jones who will both be competing on the track, and taking her turn at the triathlon venue, a first for Team England.”

“We are delighted that these 18 athletes have accepted invitations to be part of the athletics team for the Gold Coast 2018 Commonwealth Games. What was already a strong team is now even stronger, with the addition of a number of Paralympic and World Para Athletics Championships medallists.

“The Games afford us a welcome opportunity to send a team that combines the talents of both para and non-disability athletes and we cannot wait to see them in action.”

Those selected to represent Team England in para athletics events are as follows:

Additionally, England Athletics have assessed the preparation needs of the non-disabled relay squad athletes that were named in October. With very few outdoor competitive opportunities prior to the games, athletes selected for relays will be given the opportunity to race in individual events. Ashleigh Nelson, Corinne Humphreys, Finette Agyapong, Harry Aikines-Aryeetey, Dwayne Cowan, Rabah Yousif, Emily Diamond, Perri Shakes-Drayton and Anyika Onuora will therefore compete individually as preparation for the relays.

Desiree Henry (100m and 4x100m relay) has unfortunately had to withdraw from the games, so Alex Bell (800m) will move into the team from the reserve list.

As part of its plans to send the best prepared team to the Gold Coast, Commonwealth Games England will hold a 10-day preparation camp in Brisbane, create a dedicated performance centre inside the Commonwealth Games Village, and offer a full programme of support services.

Team England’s preparation camp for the Gold Coast will include a number of specially selected high-performance sports and support facilities that will enable athletes to continue training and complete their final preparations prior to entering the Commonwealth Games Village.

The dedicated performance centre will be at the heart of Team England’s headquarters inside the Commonwealth Games Village. It will provide an enhanced environment in the Village for athletes, coaches and support staff, where the team will have access to dedicated doctors, physios and a full range of clinical, rehabilitation, preparation services, kit, equipment, stretching and R&R areas. 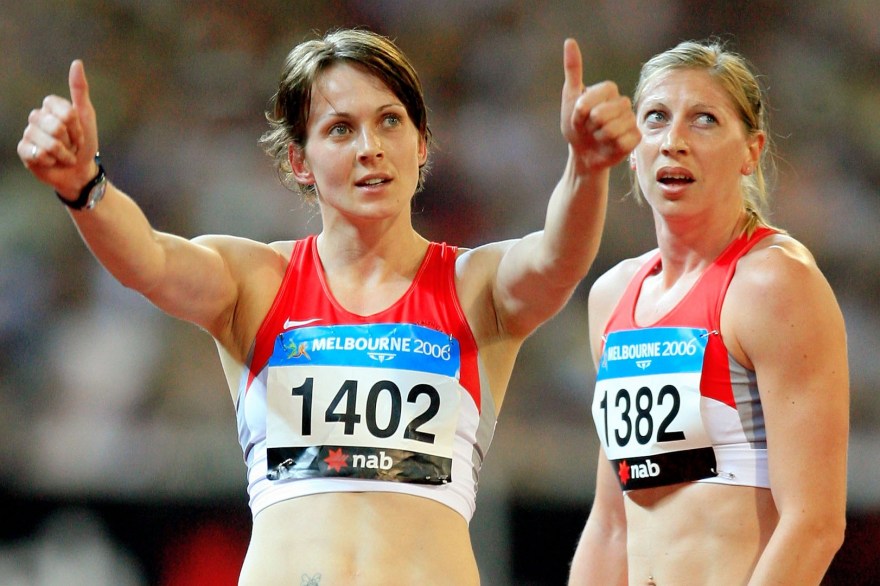