On 26th June Armed Forces Day is celebrated in the United Kingdom to commemorate the service of men and women in the British Armed Forces. In December 2020 we visited hockey player Liam Sanford, who as well as competing for Team England, is also an RAF Flight Operations Assistant and Senior Aircraftsman.

Sanford, who competed at the Gold Coast 2018 Commonwealth Games cites family as a significant reason why he joined up almost 5 years ago:

Armed Forces Day, is an opportunity for us all to recognise the significant sacrifices made by members of the British Armed Forces past and present, and Sanford reinforces this as he describes his own mind when it comes to serving:

"What will always go through my mind is what everyone has done for me, and everyone else even people not in the military. And I think that's the most important thing, understanding what they gave to give us what we've got now."

Sanford has been a key part of the GB & England hockey set-up for several years and should play a significant role in the Team England team at Birmingham 2022. He is also a member of the RAF hockey team, and describes clearly, the different emotions playing for the different sides:

"Playing for my country, well it's an amazing feeling, pulling on the shirt and wearing our country's flag in whatever game it may be.

For me playing for RAF, the kind of more family side comes out. It's a little bit different but both obviously mean a huge amount to me."

Additionally, there are aspects of his life in the Armed Forces which help him as an elite athlete.

"Going through training and what you learn and the attributes you get from being in the military, they cross over.

"Like being disciplined on and off the pitch, all that kind of stuff that I have learnt from being in the military ables me to be the best I can be at hockey."

We'd like to thank Liam for sharing this part of his story with us and we would like to show our appreciation to all those who serve and have served in the British Armed Forces, and we hope you enjoy celebrating Armed Forces Day.

From Junior to Senior - Emily Defroand Reflects on her journey 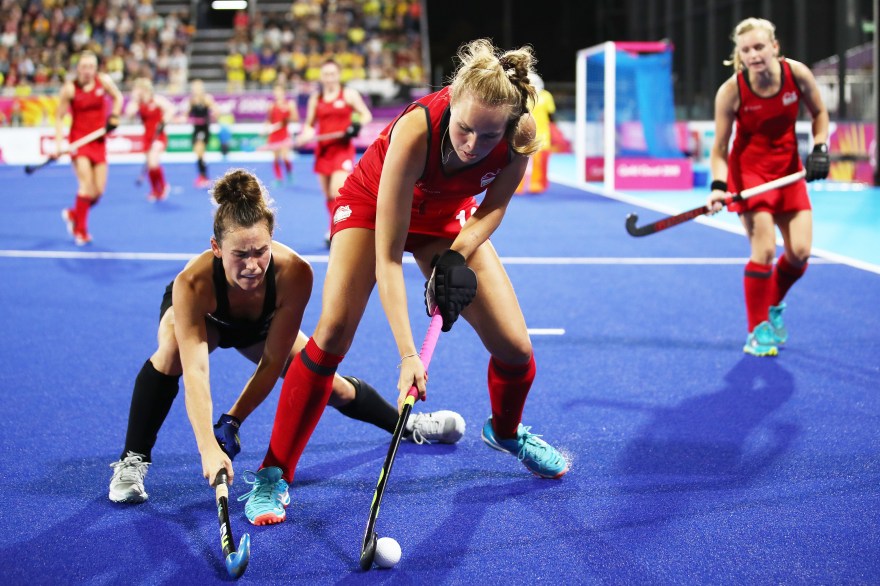