Jack Laugher made it a perfect sweep at the Gold Coast, after his fantastic performance with Chris Mears’ in the 3m synchronised springboard final secured Team England’s third gold on Day 9 – and Laugher’s gold medal hat-trick at Gold Coast 2018.

After stringing together a very tricky routine, with the final two dives surpassing 3.7+ in difficulty, Laugher and Mears lead from the third dive and never looked like they would give up their position.

Despite a slow start that saw them in fourth after routines one and two, the pair excelled in the mid-section and finale of the event and powered to victory.

Also competing in the competition were brothers Jack and Ross Haslam, who have each impressed in the individual events. The Sheffield duo performed extraordinarily well against tough competition, but finished outside the medals in 5th.

However, it was the Olympic champions who take the plaudits as they finished with a total score of 436.17, over twenty points ahead of second-placed Canadian duo Phillipe Gagne and Francois Imbeau-Dulac.

Laugher and Mears’ success makes it back-to-back gold medals in the men’s synchronised diving events on Day 9, following on from Tom Daley and Dan Goodfellow victory in the 10m final. 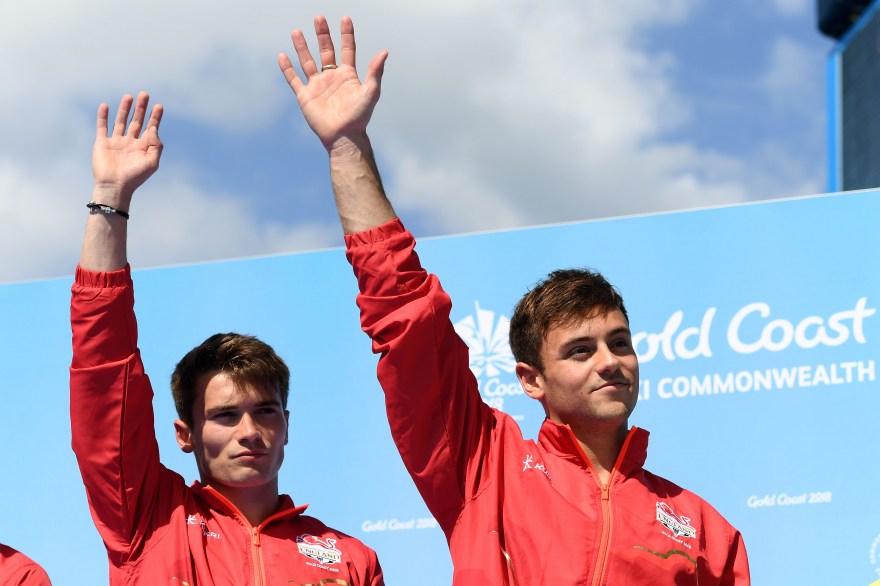